So today I wrote words. More than 1667 words, which is important. It’s my first full Nanowrimo. I’ve done several Camp Nanos. This is different. People meet up to write together and try not to distract each other. I find that both mystifying and comforting.

Here are things I looked at today for Chapter Two of Heartfire.

This woodpecker can turn its head all the way around kind of like snake. It’s totally creepy. It’s called a Wryneck.

This is a sculpture of a creature in a tv show, Merlin. 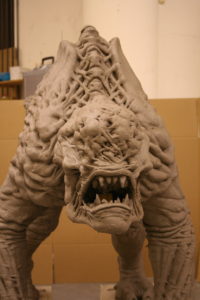 And this is a placenta. 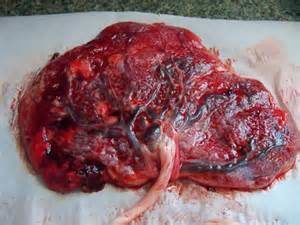 How is that for a novel aesthetic?

Novel aesthetics are basically visuals that authors create to inspire them and communicate the mood of their book. Basically, a moodboard. I just think aesthetic shouldn’t be a noun. but then I’m a pedant. And if you can’t beat them, gross them out with your way too truthful blog posts.

Anyhow I did 1,723 words today and I did it before midnight in California. So there.

Here they are. Unedited.

Sara stared at her to-do list with feral hatred. She wanted nothing more than to see it disappear. The damned thing kept growing. Her blue eyes blazed, regarding it. She drummed her fingers on her industrial-style desk in her tiny but stylish intern office. Sara suspected it might have once been a closet. The exposed brick walls and high ceilings made the finger-tapping echo. The sound grounded her, its rhythm helping her to focus. The first item on her list remained the mammoth and no number of dirty looks would make it disappear.

She started sketching just as a knock sounded at her door. Bastien Crowe entered, a big smile crossing his handsome face. Too-long shaggy blonde hair flopped into his eyes, which were framed by sleek modern glasses. He looks more like a surfer than a famous sculptor when he takes those glasses off. I wonder if he really needs them.

“You have those sketches ready yet, ace?”

Sara gulped and flashed what she hoped was a confident smile. “Coming right up!”

Bastien’s eyes narrowed. “Don’t overthink it. The meeting with the studio rep is at four. Just bring what you have. I know it seems like a lot, but this design is more of an exercise to show your chops. So. Don’t overthink it.”

Sara felt her face stiffen as she held the forced smile. “It’s no problem, really. It’s fun, designing a giant monster for a movie that costs a zillion dollars. A monster that isn’t derivative at all. That isn’t described in the script. ” She blinked, and let her smile fade. “Ok, I’m a little intimidated. I thought this would be easy, but when I start drawing  everything feels like it’s been done. I feel like all my ideas are so stale. “

Bastien stepped into the office and closed the door behind him, leaning against it. He looked up at the ceiling and pursed his lips, then locked eyes with her.

“It’s all been done. That’s the truth. There’s nothing new under the sun. But” –he raised one finger and looked at her expectantly–“your voice, your take on this, the way you see it. That matters. It’s why you’re here. Yes you’re an intern but I will consider your work along with everyone else’s. I’m not saying we will choose it. But we might. ”

Sara’s forehead wrinkled. “But it isn’t a dragon, or serpent. We can’t create Nessie.”

Bastien shook his head. “No. It’s Welsh, not Scottish. A lake monster, but none of the normal ideas of a dragon will work. An afanc has been described as a crocodile, a beaver and a dwarf. Do those sound scary to you?”

“That’s the problem. We need to stay true to the mythology for the writers, but come up with something that will terrify, on-screen. Scale is your friend here. Remember, go big or go home.”

“Well. Not that big! We do have to film it. But I suppose our new computer generated animations are getting more realistic. It’s possible. Anyhow, I’ll leave you to it.”

Sara nodded. “Thanks boss, for believing in me.”

“I know you can do this. Just relax and follow your heart.”

With a kilowatt smile, he was gone. Bastien normally lived in California with his family, closer to Hollywood. He was here for the next six months working on an autobiographical piece, and had decided to offer an internship to one lucky student from the Hite Institute at the University of Louisville, in collaboration with Actor’s Theatre. Actor’s had provided space for Bastien’s Wryneck Workshop to work while he was based here. As a creature and special effects shop, they were very well known and only growing in fame, for those who followed such things. But this next project would make them legendary, the equivalent of ILM. And Sara was working on it, part of the team.

But only if I get these sketches done.

She turned to her pink emac and popped open Safari, typing in the search. Afanc. The images she found weren’t terrifying. Most of them were awkward mash-ups of a beaver and crocodile. The rest ranged from werewolf to dragon. These were either hopelessly overdone or not credible. No help there.

Closing her eyes, Sara reached for the Song. She couldn’t hear it, not the way she did in her dreams. But she knew it was there. So she waited, holding herself in solitude and silence. She listened. She had a large heartfire, she could do this. Sara breathed, in and out and focused on her breathing. She waited. The answer would come.

Slowly, an image formed in her mind.

Sara turned back to her sketchbook and began drawing. The creature had to be able to stand on two legs. At first she thought of him as short, because of all of the references to dwarves. The proportions just didn’t work, and she went the other way. She made him twelve feet tall. Nodding to herself she began to add in detail. The first thing she added was a wide gaping maw with broken teeth. Those teeth had eaten warriors and children alike. Their jagged edges needed to reflect their history. The mouth was enormous, out of scale with the head. Massive jaws that could rend gaped, filling the scene. Above the mouth she wrapped sinew, exposing tough but ropy and veined tissue. It covered the creature, hanging from bones as if half-rotted. The writhing shapes evoked worms, put her in mind of maggots. She added claws and made the creature eyeless. Sinew snaked across the sockets where his eyes should be, latticing.

She sat back and just looked at him. She took the sketch and tacked it to the corkboard that lined one wall, then stepped back.

Quickly she dashed off a few alternate views of the massive creature, a half dozen supporting views. Line drawings really, but she didn’t have time for much else. It was almost time. The main sketch would have to get the idea across. She slipped the sketches into her light portfolio and headed for the conference room early. She had to get these approved before the meeting.

Bastien nodded to her as she entered the large space and jerked his head toward the display area. Sara strode to the cork strip and hung her first sketch. She would hang them in sequence from most detailed to least. She tried not to stare at Bastien as he followed her, silent. He stood before the image, his eyes hooded, for a long while. She glanced at him, nervous, then turned to hang the next sketch.

“This is skin?” He pointed to the ropy tendons.

“A thin grey skin, but scaly and wet and revealing the shape of the sinew and cartilage. I almost want you to think this creature has snakes and maggots beneath the surface of his skin. Dead ones. Like he’s held together by them.”

Bastien nodded and looked at the other sketch. He took the rest from her hands, flipping through them and nodding. “How tall?”

“Twelve feet, but it will be more like nine because he is hunched.”

“Greys and reds, the darker color of dried blood. We want ooze and slime and mucus, wetness too. Anything that makes a woman cringe. “

“A placenta?” Bastien’s eyebrows shot above the rim of his glasses.

Sara’s mouth twisted in protest. “Not that red! But yes. That’s the general texture.”

Bastien’s face lit with a slow grin. “I like it. Fresh, primal. Well done.”

“Really?” Her voice squeaked, but she didn’t care.

“Really. You can show them today. They weren’t actually due for a few weeks yet. Today’s meeting is just with our team, a mock pitch. But these are good enough to present to the studio now.”

Bastien laughed and waved away her shock. “Artists procrastinate and something always goes wrong. I’ve learned to plan for it. But this. This is special. I think you have a bright future ahead of you, Miss Moore.”

Bastien winked and turned as the door opened and the other three Workshop designers entered. He didn’t give them a chance to comment, but gestured to the creature design behind him. “Our newest recruit has outdone herself, I think you’ll agree!”

The team surged forward with a murmur of agreement and delight. Sara relaxed for the first time since she had taken the position, feeling all fear and anxiety lift, leaving her giddy with relief and euphoria. She had done it. She had conquered the afanc. She could do this.

She wasn’t just a glorified office girl, she was going to really contribute to the Workshop, to a real film.

“Congratulations Sara, I think your work is going to make it into production for the new Merlin movie. Also, they’re looking at this area for filming. You may get to work through the entire process.”

Bastien laughed at her astonishment. “Sure. This area looks like Europe. It’s why the US put Fort Knox here, so they could train the tank division in terrain similar to that in the EU, back in the day. There are more lakes here than anywhere else in the US, it’s inexpensive. And there are caverns throughout the state that make it uniquely attractive. I can’t promise but it’s looking good. The scout will be here with the studio exec.

“What, you thought that Hollywood moguls always met with us in Kentucky?”

Sara felt her cheeks warming. “I guess I didn’t think at all. It makes sense though. I’ve heard of companies filming in Georgia. We’re not very different. “

“More coastline than Florida here. River and lakes. There’s even a legend that King Arthur died here. The University in Lexington is sponsoring a series of lectures about it with a historian from the UK. Celtic artifacts left from mound builders, that sort of thing. I’m hopeful.”

Bastien shook his head. “I think it’s perfect here. There’s something about this place that sings to you. Can you hear it?”

Sara nodded slowly, agreeing. “I think I know what you mean.”

“You read too much and understand too little.”